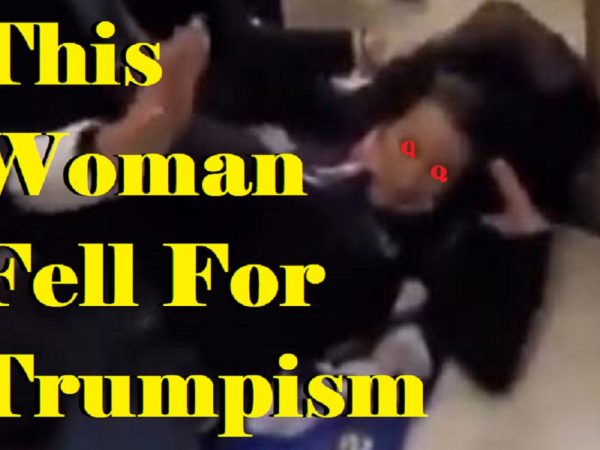 No doubt about it, Trump created a death cult of personality. Let’s look into the mind hacks and emotion manipulation he used.

The Cult of Donald Trump is best described as him. First of all, as the absolute leader who demands total obedience, who has a malignant narcissist personality, which is a stereotypical profile. The specific pyramid structure, controls people’s, behavior information, thought and emotions. Plus, he demands complete obedience.

So in that cult, people have a black and white, all or nothing, good versus evil mindset. They’re controlled through fear and manipulation of information. They have phobias that are installed in their heads, thinking that if they disobey terrible things are going to happen to them. it can cause radical personality change where your real integrity, your conscience aren’t available. Put aside by this new cloned identity that suppresses you.

Help Others Get Out of the Cult of Trumpism

Most of them who voted for Trump were already voting republican. Trumpsters are the ones who still insist they didn’t lose the election, for example. They bought into the disinformation campaign against the democratic party.

Primarily, the sign of a cult member is the inability to see the possibility that the leader could be bad or wrong. Did Trump set out to be a cult leader, or did it simply transpire on its own because of his style and ideology? Trump got to the place of running the cult of Trumpism through his upbringing. Through his father Fred, who was an authoritarian and reportedly said to him and his brother.

He also exposed his children to a cultish, Christian-esque type group that was very into  magical thinking. Law of attraction manifestation. Believe and you will succeed, doubting is evil So he learned thought-stopping, which is a mind control technique, as an early child.

He was sent to a military academy as well. That also meant to groom him, but the bottom line was, that he was a clone of his father Fred. He did all of his business practices as a narcissist that wanted total obedience and control.

Kinds of People Receptive to Follow a Cult leader

And it was only later that he was recruited by authoritarian cult people as a good figurehead for them to have political influence and power. So people are typically very susceptible to the appeals of a destructive cult because of deception, and that’s a very important point. The public needs to understand that educated people, don’t want to be abused and exploited ripped off and be part of an authoritarian cult that breaks the laws.

Their appeals are to grandiosity. Like, make America great again. We’re going to restore the economy, we’re going to drain the swamp, etc. So there are very deceptive appeals, but essentially, people are in vulnerable moments in their life.

When People May Be More Receptive to a Recruitment Message

Destabilizing a country’s economic status is a major technique for doing mind control on masses of people, Because you want to prevent people from making plans for the future and only focus on  survival.

Trump went to confuse people, to make people search for meaning and hope outside of the existing institutional structures. So the susceptibility of people now to look to well,

Who knows, the best solution to the problem is to make the world a better place. Unfortunately, The human mind responds to certainty. Cult leaders are very good at talking in a way that’s very convincing. They appeal to flattery, “proud citizens, like you,”

Also false unity of effort, “help build this country and together we are taking back our country.” Plus delusions of greatness, “Destiny has just begun!”

This kind of of communication accesses people’s emotional brain, not their critical thinking, Trump preyed on people’s economic anxiety. He had help identifying key groups of people and their unique vulnerabilities. For what buttons could be pushed to motivate them to become followers. Data was gathered on American citizens to know exactly which buttons to push someone’s, religious and they don’t like abortion press that button. If someone’s, a gun owner send them an NRA ad.

Thus people are transformed or radicalized, depending on the the keyword, through a systematic social influence process working with Chinese communist brainwashing techniques.

Malcolm Nance reveals how Russia did it with expertise from his US Intelligence resources.

These are the four overlapping variables that they apply to people. It’s coming at us through digital media. The perfect vector to reach people in isolation.

It’s coming to us through our smartphones. If we’re signing up for certain sites or watching certain YouTube videos, etc. We know that people can be systematically influenced.

Without knowledge and education about how mind control works and the differences between ethical and unethical influence, people are sitting ducks.

Fox News is part of the media echo chamber programming. It is described in the book Cult Of Trump that, for example, Alex Jones would take a disinformation story from Russia Today TV, it would be picked up by Breitbart, then picked up by Fox, and so there was this cottage industry for radicalization of the People. Conservative media sells deception, manipulation, and disinformation.

Media practices need to be tested to see whether or not something is fact-based and evidence-based or pure lies and opinionated propaganda.

How Trumpism Behavior Plays Out in DC Jan. 6 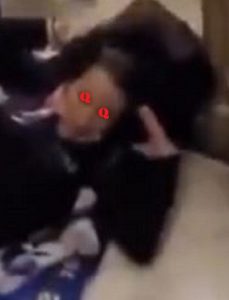 So what we saw in the in the riots and the invasion of the capital has actually been foretold for months. Targeted groups of Trumpsters were programed for this over a longer time.

Many of the rioters were arrested, some lost their jobs. Maybe this will be an aha moment for some of Trump’s followers. Because of the failed coup attempt and Michael Pence and Mitch McConnell and others saying no, the election is certified.

I think there are more and more people getting disillusioned because they’ve, been so indoctrinated to believe Trump’s big lie. We’re going to see a larger group of people falling away from this totalitarian mindset. They will  stop believing in Donald Trump. Then there’s hope for this country. So none in the future will simply step into Trump’s shoes.

There’s, hope for the country, but we need to open our eyes and do a lot of learning about how the mind works. How influence works. To educate young people about their civic duties and how  laws are made. Then they will not join the cult Trump has created.