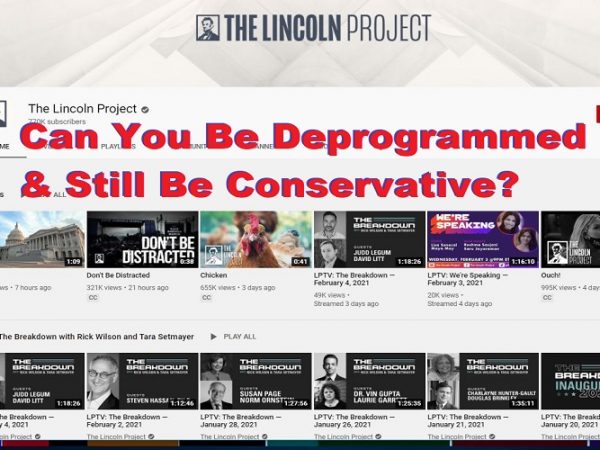 Getting rid of your right wing Qanon brain poisoning doesn’t mean you’ll come out the other side singing Kum-By-Yah and beating a tambourine. If the person you were before was an informed conservative, that’s where you’re from. So to there you will return. Watch these videos from he Lincoln Project that show how a deprogrammed conservative sees the situation in this nation.

Many Trump-tricked conservatives have been shamed or outraged out of following Trumpism. They tell us of the campaign lies, policy lies, know-nothing policies, budget-busting corporate welfare, and his inability to be appropriate in his behavior.

The Lincoln Project has grown to have a huge volume of videos. So there’s sure to be a matching video to every issue that can break through the Trumpster wall. Then one by one the other videos can pry open the blind resistance to progress.

This is a YouTube channel to subscribe to, after you’ve subscribed to this one of course. They continue to also expose other Trumpster politicians like the Q-anon duped Representative Greene.

They will also to immediately respond in case Donald trump ever tries to manipulate and grift off of or system of government. When in recovery one thing should become clear. That it works better to participate in representative democracy than to tear down the government.

Lincoln Project Ads Have Been Great At Exposing Trump’s Lies
Remember how Trump used to say he only hires the best people??! 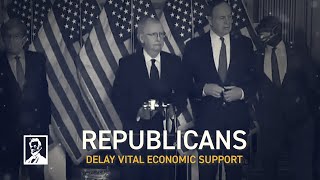