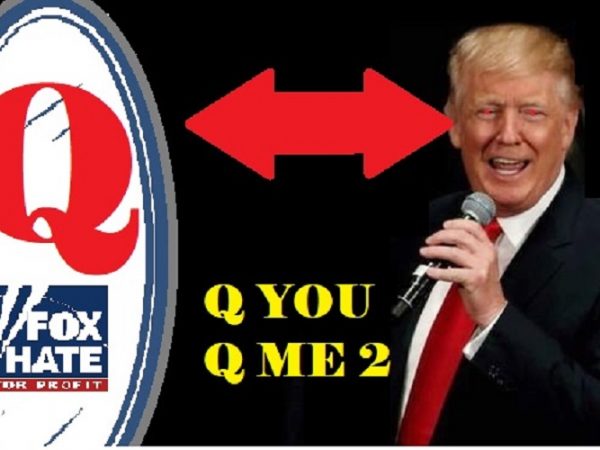 The Shared Psychosis Aspect of Trumpism

I pulled this segment from a recent David Pakman Show Podcast because it explains this. There is a difference between valid social proof and mass manipulation. Between influencers and infiltrators.

60 percent of Trump voters believed up until weeks ago that Donald Trump would be inaugurated in a week, not Joe Biden. It certainly afflicts many of them. Mentally.

So we’ve been talking quite a bit over the last four years, but in particular in the period leading up to the election and then since the election when we’ve seen not 75 million people, as some in the House of Representatives have been claiming today, but certainly tens of millions of people fall for the false belief that the 2020 presidential election was somehow stolen from Donald Trump, even though Donald Trump was the rightful winner.

It’s disheartening and concerning and scary that so many people still fall for that. And in thinking about how that came to be, the idea of a shared psychosis is important to think about. Also there’s a very interesting article in Scientific American.

Some of Dr. Bandy X. Lee’s views on what moved Donald Trump’s followers to fall collectively for these delusions and to then also become violent and behave destructively. As we saw on January six during the Trump riot in Washington, DC, the answers are widespread.  There are many overlaps between what Dr. Lee says, and what we talked about. About magical thinking.

We talked about magical thinking several weeks ago. When Dr. Lee was asked in this interview in Scientific American what attracts people to Trump, Dr. Lee says that there are two major emotional drives. There’s narcissistic symbiosis and then there’s the idea of shared psychosis. Now narcissistic symbiosis we’ve sort of talked about before. That is described as the developmental wounds that make the leader follower relationship attractive to both the leader trump is hungry for people to worship him essentially because he lacks self-worth.

We know this to be true we know about Trump’s relationship with his father and how uh you know the the relationship between Fred trump and Donald Trump is not that different than the relationship we observe between Trump and his children in particular Don Jr. Who seems also desperate for his father’s adulation when Trump doesn’t really seem to care that much uh about his children at least in the sort of traditional ways as we’ve seen publicly. That we understand. That’s something that we’ve identified relatively early. Shared psychosis is very interesting because what we are essentially talking about is a national level delusion that is plaguing tens of millions of people.

Again  not all 75 million trump voters are are part of this but certainly we would look at the polls and you know when 60 percent of Trump voters believed up until weeks ago that it is Trump who would be inaugurated in a week Not Joe Biden. It certainly afflicts many of them and that is, as again referred to by Dr. Bandy Lee, the infectiousness of symptoms that go beyond group psychology. We’ve talked for a long time about how did those Tea Party people end up supporting in 2010 candidates who were running on policies that weren’t good for them. Running on low taxes for the rich. Which these people were never going to be rich. We understand the group psychology aspect pretty well.

Their Shared Psychosis of Trumpism

Jonathan Height who I’ve interviewed has talked about that we understand that when we talk about shared psychosis, as Dr. Bandy Lee refers to it. The process is, you put in an influential position somebody who is afflicted by this psychosis. Now we don’t have to guess if Trump believes the delusions or does he repeat them even though he doesn’t believe them. It doesn’t matter. The point is, he repeats them and he’s in a position of power and then you can see it spread through the population. Through either an emotional bond that Trump’s followers believe they have with him, or the triggering of people already predisposed to conspiratorial thinking, or paranoia, or people with a propensity for violence. That fully describes the people that ended up violently storming the Capital last week.

So let’s again go through all of the different elements that exist here. Start with a group of Trumpsters that on average is more predisposed to violence. We know that from looking at the brain differences. Essentially, between reactionary right wingers and other groups we know that there’s more of a predisposition to violence there. There’s more paranoia, there’s more fear, there’s more belief that other people are out to get you, and on and on and on. So you start with that group. Now many of those people, even though they hold those beliefs. They’re not going to fall for the shared psychosis. They’re not going to believe the delusions and they are not actually going to go to the Capitol and commit violent acts.

Then you take that larger group that just is slightly more predisposed to violence, more predisposed to conspiratorial and paranoid thinking, and then you do a two-month campaign. Where the  narcissistic leader repeats repeats repeats these delusions. About it was stolen, there were massive dumps of votes. This happened in Pennsylvania and in Michigan. The watchers weren’t allowed to see. Then in Georgia repeat it repeat it. You do two months to that group and you’re going to take some sub section of those who are going to be infected, for lack of a better term, by these ideas that are being spread by Trump of the theft of the election. Now you get to January 6th where you have a group broadly speaking more predisposed to conspiratorial thinking. Also more predisposed to violence. Not all of them willing to do it in real life.  For two months you hammer hammer hammer on them and then you start using terms like we’ve got to fight. Literally say, we’re going to go down Pennsylvania to the Capitol and that’s how you get what we got last week. The psychology of it is very interesting. I do think that there are some who might just write this off and say, well okay. I mean, you’re sort of psychologizing in some way that not be an accurate psychoanalysis.


Don’t Write Them Off

I think it can’t be written off. Because if we don’t understand it, we’re gonna have a very difficult time dealing with it. By the way, merely understanding it doesn’t actually tell us how to deal with it. To understand why they are willing to do these things you have to understand that a lot of these Trumpsters believe that they are at war. They’re at war against the left, and the media, and scientists, atheists, communist, marxists. The democrats who stole the election and on and on, and in a sense, they idealize violence as well. It’s not just that they’re predisposed to it they idealize violence as being implicit. As implying that they are all so courageous they’re willing to take the risk of going to the Capitol and being violent. When you are at war, a normal way of interacting with the world evaporates. You justify what you’re doing much like you we see militaries justify what, absent a theater of war, would be completely absurd immoral behavior. Lying is obviously valid. If you’re at war, lying is no big deal and what we saw on January 6 was that even property destruction, violence, storming the Capital, insurrection, etc. Even that is justified when you have this belief that you’re at war and you share the psychosis with the great leader.

So there’s a lot there and I encourage you to check out the the article and what you very quickly realize is that there are self-reinforcing aspects of this that make it very difficult to break people out of it very very important thing to understand. 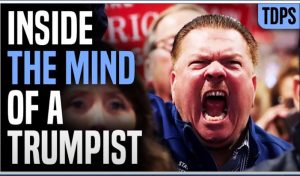