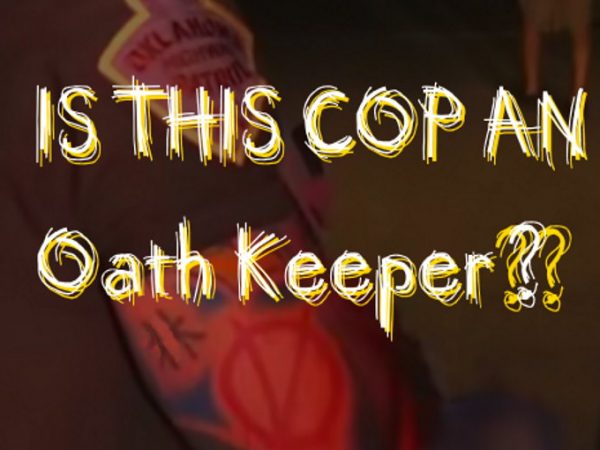 How To Identify Trumpster Oath Keeper Cop Or Auxiliary

Do you know if the cop behind you is a secret Oath Keeper? Learn the warning signs indicating an insurrectionist, traitor to his oath of office. Learn how to identify and root out dangerous Trumpsters in your local law enforcement. Be able to spot the signs, involuntary indicators, and behavior patterns of Oath Keepers or KKK, hiding in uniform. 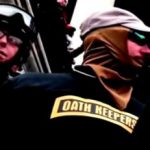 This lesson is about the Oath Keepers.
Think of them as the badge and uniform arm of the far right, They have come into the limelight. In the Trump years they felt comfortable enough to show in Ferguson, and now, at the failed capitol insurgency. Because of a set of indictments of groups acting within the failed insurrection, it’s clear there was no Antifa or BLM there. Not even to counter-protest the  incident that took place on January 6.
We all know about that. I have it in my vlog what team the rioters were on.
A federal court from the District of Columbia has indicted three individuals with a far right paramilitary organization known as the Oath Keepers. They are indicted for conspiring to obstruct the congress on January 6 2021.

And they call themselves the guardians of the republic. They are American ISIS, a far right internet creature. Like ISIS they talk about occupying areas and establishing a new state from a failed state. Militia people say the same, but they haven’t taken any territory. So not so much to do but murmur about it. Maybe not a fair parallel in that, but these cosplay flag wavers hate the USA. They consider this to be a failed state because of gay civil unions, gun safety and accountability laws, and religious based paranoia. They want to infiltrate any position of public trust. Only to bring in their anti-government or anti-establishment attitude. Anything that can’t be worked to some personal advantage gets, broken instead. Shrink the government until it  is small enough to drown in the bath tub.
Trumpster Indicators to look for:
Look for these things that you rarely see with good cops. 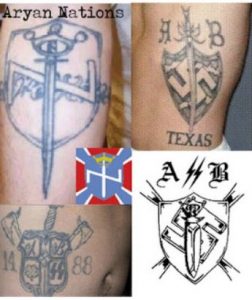 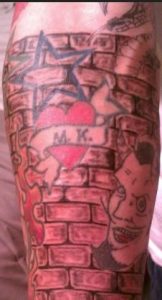 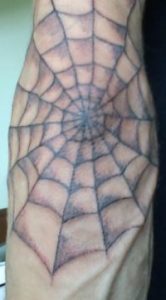 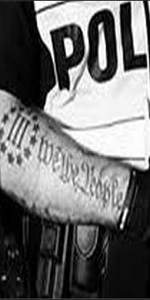 Where Militant Groups Come Out Of 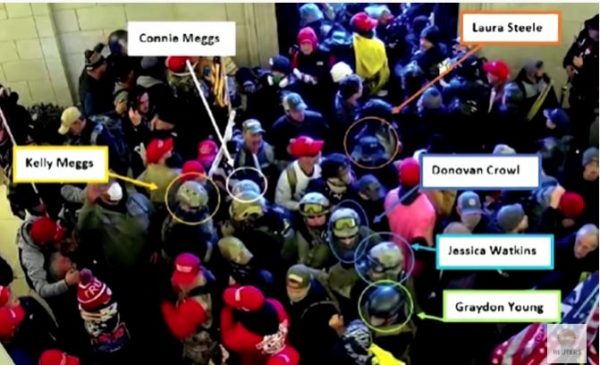 It is a trend you would expect when repeatedly hearing that the federal government is the main enemy. Remember Reagan’s joke, I’m from the government, and I’m here to help. While Democrats nod a tacit yes, because bureaucracy can be clumsy and slow. The Republicans characterized it as something deliberately sinister. Equal to a prelude to a communist takeover. Every time Democrats try to pool resources and assist cooperation, it happens. Republicans think it’s a cooperative and scream communism when it’s their turn to ante up.
Today, populist anti-establishment cynicism and fear of big government overreach are twisted into a stream of paranoia-generating accusations. Saying the State and federal government is more and more tyrannical. Scratch the veneer of the surface of their grievances, and you will find the hidden corporate special interest providing the push that got the story started.

Here’s how it works

A regulation that the rancher is told is against him, is actually regulating the rendering plant upstream that doesn’t care if it infects the water supply.
So the right wingers say that federal government,  or government in general, is the greatest threat to all Americans every day. So the whole thought process or their entire community is based on some conspiracies. All they talk about is the presence of a deep state oppressor called the EPA. Meanwhile the industrial polluter continues, protected by the ranchers who are being harmed by it. Unaware of the cause of a contaminated water supply. 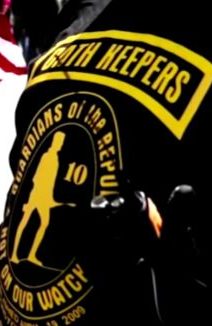 The State Is Not So Deep

Well, there is an unelected bureaucracy that is problematic in parts, like in law enforcement. Incidents where people are  offended by a rude office worker, or a cop abusing and illegally enhancing their authority, does breed legitimate disdain of authority. But the cartoon image of a federal deep state acting like a star chamber, is pure distraction. This is a way to subvert legitimate topics of protest into the nihilist Q-anon manipulations.
Q has the followers chasing ghosts and completely devoid of the credibility required to make real changes to restore American society to its promises.

The first prime target of Q-anon was Hillary Clinton back in 2016 when their fantasies were completely anti-Hillary. Which may have been what attracted Trump to Oath Keepers and other militant groups in the first place. The Republicans feared Hillary Clinton because they know she is potentially, the most qualified and successful President in US history. As a Democrat. A situation that would make it down-right embarrassing to advocate the Republican agenda ever again.

First the Trump  Administration cuts all the funding for countering domestic terrorism when he first takes office. So Oath Keepers are being very active, out from behind their clubhouse walls. While the Capitol Hill siege incident happens, Donald Trump describes these people as beloved patriots. Now look at the Anti-defamation League report on that day. It describes them as anti-government extremists who seek to recruit military and police. The Oath Keepers are so active in recent years that the FBI is mobilized to surveil them. Several of the Oath Keepers and other right wingers on the FBI watch list didn’t make it to DC because the FBI “sat on them.” Of course Trump has thrown them all under the bus using his Charles Manson defense. 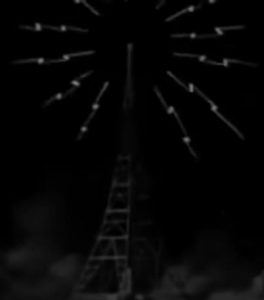 There are many right-wing media organizations on many platforms. The radio shows, right wing television shows, blogs. A whole cottage industry to gin up partisan hate, which markets the conspiracy theories. AM radio has been ruined and made unlistenable to the traditional music listening audiences. A pattern emerged in radio that went like this. A rock station with desirable range and facilities gets bought out and made into a sports station. On weekday afternoons, when there are no games, they run Rush Limbaugh or a similar show. The cycle completes with all right wing hosts all day and night. Shows which talk about petty diversions. Opinion news shows that are corporate scripted to be useful to cover corporate sins with false narratives. Oath Keepers are politically driven by the framing put out by FoxNews and hater-tainment talk radio.

Sometimes they promote right wing hate group members with interviews. Here’s an example  of one promoting Oath Keepers and one of their conspiracy theories.
Elmer Rhodes called to one of these shows where he gave one of his ideas. He said that there is an alternate reality where Joe Biden is a pawn for the Chinese. That is claimed as the motivation behind why he does not support the presidency of Joe Biden.
This is one conspiracy they believe is a rather lazy work of trickery.
Their silence about Donald and Ivanka Trump’s shady China business is deafening. Instead we are to buy the line, Joe Biden is an agent of the Chinese Communist Party.

Everything Is A Civil War To These Guys 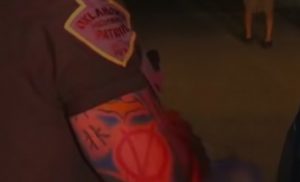 One of the worst developments is their promotion of violent groups including the Oath Keepers. During the 2016 general elections, their website posted up that if Hillary wins the 2016 election, then the result will probably be a civil war in the United States. This threat was proclaimed on other militia websites too.
Now the Oath  Keepers are already anti-climate change. Then when Oregon Republicans went into hiding because their corporate sponsors want to pollute legally. Governor Kate Brown just orders State Troopers to drag those Republican legislators back to the capitol, for shirking their duties. Because they’re afraid to vote against a very popular climate change law. For that, the Oath Keepers have threatened her that there would be a civil war in Oregon!
Oath Keepers try to influence former military people, armed veterans, firefighters, former police. They recruit and encourage young people to join the military, be military police, and then return and seek employment in a red state police department. So these people have training and are wanting to kill. Also, military police enforce a completely different system of law from civilian police. Military police are conditioned to act in a guilty before proven innocent framework.

The Actual Oath Violated By Intent to Deceive 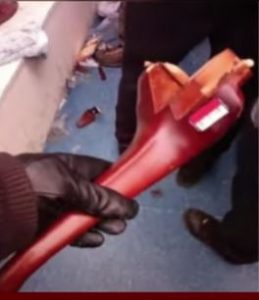 What oath did we take? We took the oath to support and defend the Constitution of the United States of America.
The oath they claim to keep is the same as police or military oaths. However, the oaths are void. Because they’re spoken with deceitful intent to serve the group, their tribe, not our country. Theirs are seditious purposes, that follow along evil hidden agendas, beyond their understanding. Their false narrative is, that it is against enemies foreign and domestic. Then they invent paranoid theories. False narratives that paint our way of life in a democratic republic, as the unknown domestic enemy. Their most successful lie is also the most dangerous one, That is that Democrats are coming to  take all the guns away. Anyone can read that this has never been a plank in their party platform. The Party has to write all their policies down at the national convention every 4 years. It has never been a policy to be gun grabbers, but that didn’t stop the NRA driving people shooting mad about it. That paranoia created some of the complete dupes at the attack on America’s Capitol. Now we know the Russians were involved in the NRA’s calls to prepare to fight the imaginary gun grabbers. If the goal was to help Putin in projecting power against the entire process of American democracy. Then, mission accomplished.  Let’s bust up some chairs and selfie celebrate.

After Trump’s loss they might become more clandestinely active. They will be creating more false narratives and suspicious conspiracy theories for attacking the Joe Biden Administration. 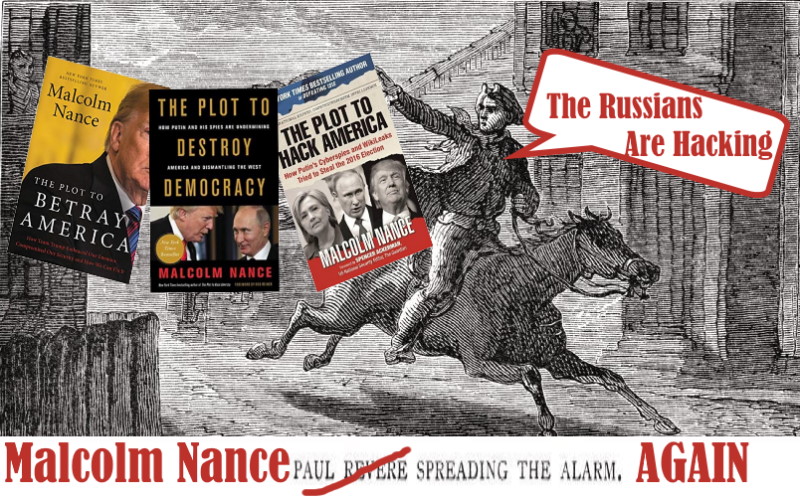